What is Breach of Contract?

When you make an oral or written agreement with someone who does not live up to their end of the bargain, you may be able to recover by making a breach of contract claim. When a claim is brought correctly, the plaintiff can also recover his or her attorney’s fees.

What are the Elements of a Breach of Contract Claim?

There are four elements to a breach of contract claim:

1) The existence of a valid contract;
2) performance by the plaintiff;
3) breach of the contract by the defendant; and
4) damages to the plaintiff resulting from that breach.

A plaintiff should be careful to review these elements and what they mean. Keep in mind that all four elements are required — close doesn’t count. Many contracts have fee shifting provisions where the loser pays, so a failure to properly prove up your case can become expensive.

Element 1: The Existence of a Valid Contract

It’s a common misconception that piece of paper that calls for something to happen and that is signed by two parties makes a valid contract. There are a great number of reasons why a contract may be invalid. The Supreme Court of Texas has held that a contract to do a thing which cannot be performed without violation of the law violates public policy and is void. See Philadelphia Indem. Ins. Co. v. White, 490 S.W.3d 468, 483 (Tex. 2016)

A purported contract, in addition to not being illegal, must have each of the following elements:

Element 2: Performance by the Plaintiff

In order for the plaintiff to prove its claim for breach of contract, it will need to show that it has taken steps to satisfy its obligations under the contract. Why should the defendant be required to perform when the plaintiff has not done so?

Element 3: Breach of the Contract by the Defendant

This element may seem obvious, but it becomes an issue in many cases. There are plenty of things that can go wrong in a contract that are not the fault of one of the parties or do not constitute a breach. The parties to a contract about a project gone wrong often disagree about the cause and who should be responsible.

Element 4: Damages to the Plaintiff Resulting from that Breach

How long do I have to bring a breach of contract claim?

Unless the plaintiff asserts a legitimate ground for tolling the statute of limitations, a claim for breach of contract must be brought within four years of the breach.

Can Attorneys’ Fees Be Recovered for Breach of Contract?

The answer depends on your defendant. The Texas Civil Practice & Remedies Code Chapter 38.001 used to state that a person may recover reasonable attorney’s fees from an individual or corporation, in addition to the amount of a valid claim and costs, if the claim is for an oral or written contract.

Noticeably absent from that list of breaching parties who must pay attorney’s fees are limited liability companies (LLCs), limited partnerships (LPs), and limited liability partnerships (LLPs). The takeaway is that if you were suing an LLC, an LP, or an LLP, you would need to look beyond Tex. Civ. Prac. & Rem. Code’s Chapter 38 to collect attorneys’ fees.

The nuances of the law should be considered during business formation. There is significant value to be gained by limiting future exposure and by knowing and understanding when new or modified laws alter previously enjoyed benefits. 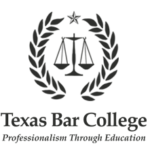